Countries around the world raised $53 billion last year by charging firms for emitting carbon dioxide (CO2), up almost 18% from 2019 as some imposed new levies and prices in some existing schemes rose, the World Bank said in a report on Tuesday.

Many countries are using a price on carbon to help meet their climate goals in the form of a tax or under an emissions trading (ETS), or cap-and-trade, system. read more

“Despite the social and economic upheaval caused by COVID-19, jurisdictions and companies have not wavered in their commitment to fighting climate change,” the report said.

There were 64 global carbon pricing instruments in operation in 2021, compared with 58 in 2020, covering more than 21% of global greenhouse gas emissions, up from 15.1% last year, the report said.

The increase in emissions covered is largely due to the launch this year of China’s national ETS – the world’s largest carbon market – initially covering about 30% of the country’s emissions, or some 4 billion tonnes of CO2, the report said.

The increase in revenues generated last year was mainly due to higher prices in the European Union’s ETS, where the cost of carbon permits rose more than 30% .

The World Bank said, however, that carbon prices in most regions of the world remained well below levels needed to drive changes to meet the 2015 Paris climate agreement.

“A majority of carbon prices still remain far below the $40–$80/tCO2e (tonnes carbon dioxide equivalent) range needed in 2020 to meet the 2 Celsius temperature goal,” the report said. “Higher prices will be needed … to reach the 1.5C target.”

Nearly 200 countries have signed the Paris agreement, which aims to limit global warming to well below 2C (3.6 Fahrenheit) above pre-industrial levels, and preferably 1.5C. 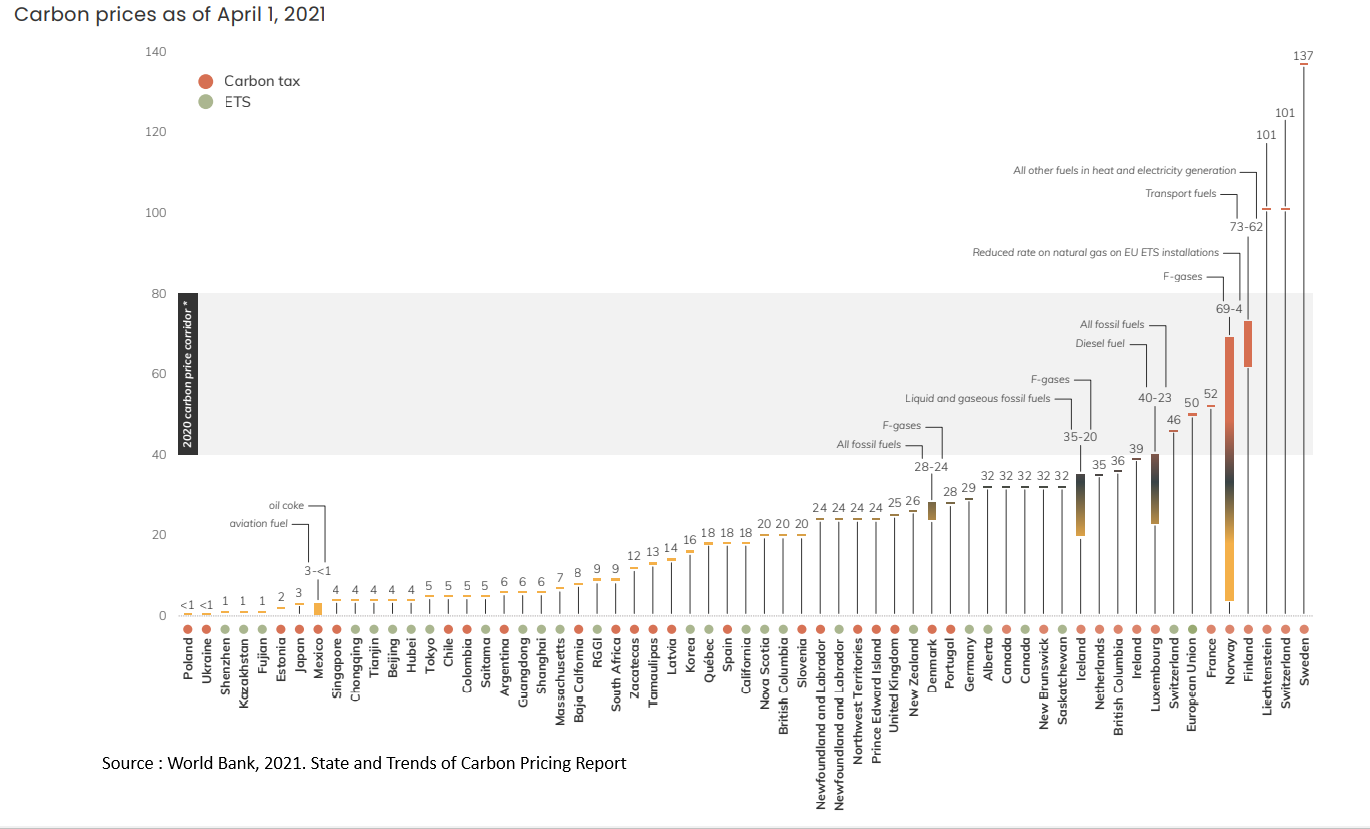