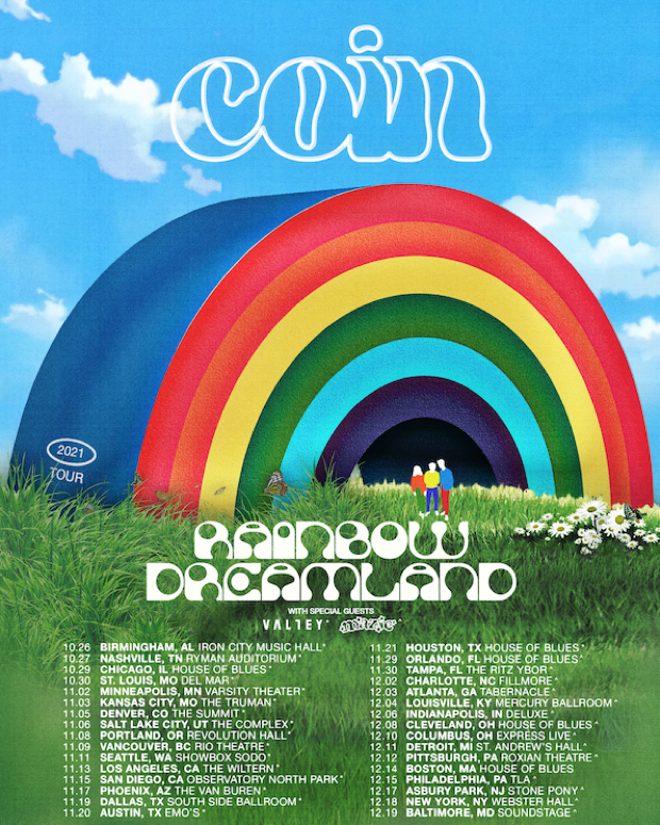 The alt-pop trio COIN has just announced the dates of its Rainbow Dreamland tour in support of its trilogy Rainbow MixTape and the previously released album Dreamland. The tour includes a Dec. 8 stop at House of Blues. Mazie will open the show.

Last week, COIN released its newest single, “How It Feels.” It’s the first single from the band’s third and final installment of the “mood-based” project Rainbow MixTape. The series aims to conceptualize the mood represented by the colors in the title. Indigo-Violet, the first installment released at the end of last year, represents a four-song collection of “dynamic alternative rock-pop tracks showcasing the band’s versatility.”

Sign up for Scene’s weekly newsletters to get the latest on Cleveland news, things to do and places to eat delivered right to your inbox.